I watched baseball game in Tokyo Dome yesterday. It is Rakuten vs Softbank.
Of course, Giant-goods was sold in shop:)

The last place vs the first place...

In fact, I found it was first time for me that watching baseball game in Tokyo Dome.
As a matter of course, Yokohama Stadium is the nearest from my home.

Yesterday was Rakuten group day, so there were many campaign.
For example, stamp rally, Edy's campaign, and so on.

When I arrived at Tokyo Dome, it was just national anthem unison.
I thought who is singer, and I researched it just now. it seems to have been Mr.Takao Horiuchi.

It is the state of the game slightly. In fact, I love Kazuo Matsui from old days.
I'm fan of him and I have supported him even after he goes to the Major Leagues. and this year, he is in Rakuten.

I have his autograph.

When Matsui was in Seibu, my friend's father got the autograph of Matsui and Matsuzaka.
And my friend gave it to me, because he knew that I'm fan of Matsui.

But, in those days, there was not an interleague ball, so Seibu didn't play game in Yokohama Stadium.
The fact that it was first time for me to see real Matsui. It made me so happy.

The photograph of a little while ago is a view from the seats where we sat first. Probably it was the Softbank side.
And we moved here since game has started. It is the second floor seat of the back net.

our tickets were unreserved seats of second floor.

Result of game is ... please research it. Kokubo-san was so great yesterday.
If I have an opportunity again, I want to go watching baseball game.

Mr. and Mrs. Hayashiya seem to have come to watch and were reflected in the electric signboard as best couple.

And there was Dr. Nishikawa(Ayako) in the seat which is little over our seat.
She didn't cover her face at all, but there was not the uproar in particular.

It was the yesterday's watching baseball game that the celebrity was able to see in this way.
It is last two days until end of this week. Do my best, yes, do my best. 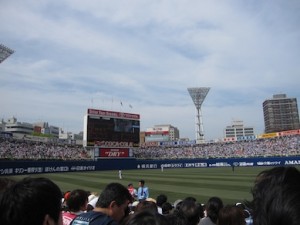 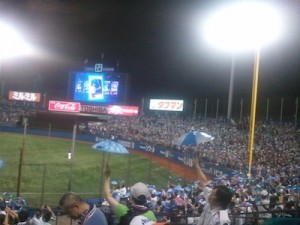 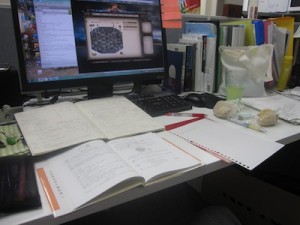 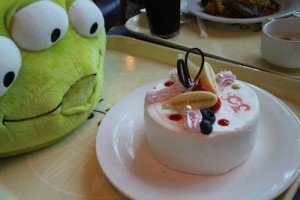 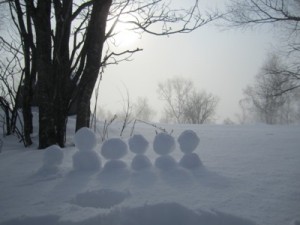 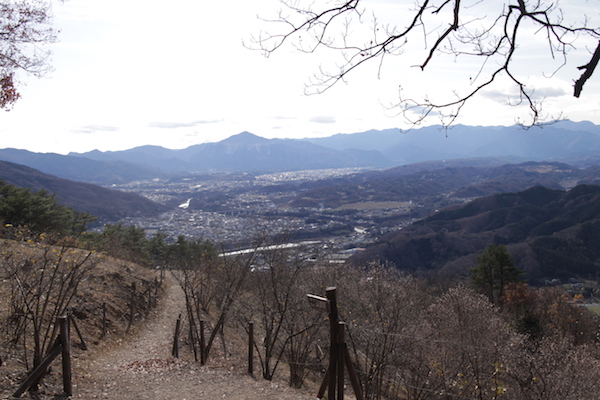